Fort Mojave Indian Tribe
Mojave Indians are Pipa Aha Macav — “The People By The River.” Mojave culture traces the earthly origins of its people to Spirit Mountain, the highest peak in the Newberry Mountains, located northwest of the present reservation inside the Lake Mead National Recreation Area.

The Tribe’s spirit mentor, Mutavilya, created the Colorado River, its plants and animals, and instructed the Pipa Aha Macav in the arts of civilization. They were prosperous farmers with well-established villages and trade networks that stretched as far away as the Pacific Ocean. 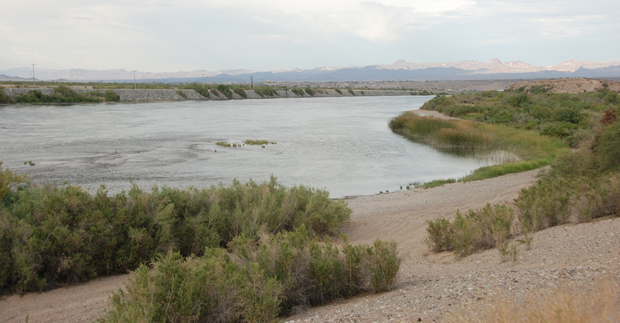 In the 16th Century, the time the Spanish arrived in the territory, the Mojaves were the largest concentration of people in the Southwest.  With the ever-growing insurgence of non-Indian people to the region traditionally occupied by Pipa Aha Macav, a United States military outpost was established in 1859 on the east bank of the Colorado River to give safe passage to American immigrants traveling from east to west. Initially, this outpost was called Camp Colorado, but it was soon renamed Fort Mojave. After the military fort was closed in 1891, the buildings were transformed into a boarding school, which operated until 1930. Ruins of Fort Mojave still exist today as a reminder of the once-troubled historic relationship between Pipa Aha Macav and American civilization. The ruins are located on a bluff overlooking the Colorado River just south of the boundary of present-day Bullhead City.

Recreation opportunities abound, whether it is gambling at one of the two Tribal casinos on the reservation, boating or fishing along the Colorado River, staying at the Avi Resort & Casino’s full-service hotel, hitting the links at the Mojave Resort PGA Championship Golf Course or enjoying the comforts of home away from home in the RV parks, located adjacent to either casino.

An annual Pow Wow each February brings Native Americans from tribes across the United States to a celebration that includes dance and music competitions and displays of many aspects of tribal culture. For information on the Tribe and its activities and attractions, call (760) 629-4591.